Hello and I miss you! En fait (in fact), it’s me this time. Infinite thanks to Cheryl Dimof (@CJCreativesLLC) who actually made this blog for me (much love and gratitude) and to Jessica Dimof who conceived of the whole thing and wrote the first post. That’s something important about me—I’m nothing without my people so hopefully this blog will help me stay connected with a very large network of you all that made this grand adventure possible.

Yes—it is true. I am living in Rousset, France for at least six more months studying primate reproduction with the most kick-ass PhD student you’ll ever meet. Here she is in all her mountaintop glory:

Perhaps the most outrageous bit about this whole arrangement is that my colleagues (of sorts) are baboons and I have the grand honor of working with them daily. I wish I could post all the many photos I have of them but that might get me deported. See, I am working at a secure-and-somewhat-secretive primate facility owned by the French government. Seriously—it’s so secret it doesn’t even have a physical address (so if you are very against research on primates, don’t bother sending threatening letters and such…they won’t arrive!). However, I can send the cache of baboon photos to individuals, so be sure to shoot me an email if you want to meet the ladies (and the dudes + babies, but mostly the ladies). In the meantime, here are some stock photos of olive baboons. They really are quite cuddly.

What do I do every day? Well I’m an intern, so I mostly just do my best to do everything I’m told. Luckily for me, Rachel is both brilliant and patient which means I get told to do (and figure out how to do) many cool things. Yes, I really do attempt to swab baboon vaginas every day which is nowhere near as straightforward as it sounds (perhaps I’m the only one foolish enough to think that sounded straightforward when I interviewed for this position…). I’ve landed in my science heaven—there’s very little order, very few black-and-white rules, and unprecedented access to information and tools. It seems that the French take a very laissez faire approach to lab science which creates a relaxed and stimulating work environment (even if you can never find your pen or your extra-fancy low binding Eppendorf tubes get used and the bag gets left open!).  Interestingly, Rachel says it’s the exact opposite in Germany (she did some cool genetic analysis on baboon DNA there). Every day—unbeknownst to her—she managed to find a way to do “the worst possible thing.” Glad that’s not the case here—I wouldn’t handle that well! I’m pleased to inform you that I’m developing a whole subset of marketable skills including-but-not-limited-to: speaking baboon/reading behavior, classifying vaginal cells, developing liquefaction methods for semen coagulum, and using my two hands, elbows, and occasionally legs to manipulate the specialist equipment of clickers, bananas, cameras, swabs, and meters simultaneously and rapidly before my baboon counterparts lose interest.

The best bit of this whole arrangement is undoubtedly the people. I’ve been stunned by the overwhelmingly warm welcome and continued embrace by the French people working at the station. I’ll need a whole separate post to introduce the important cast of characters and everything they’ve been generous enough to teach me about the language, the culture, and (perhaps most importantly) the food. But it is the greatest privilege to be spending so much time in France with French people to keep me grounded in the wine section (THERE IS JUST TOO MUCH TO TAKE IN AND IT’S SO AFFORDABLE), invite us along to parties, teach us where to run and hike, and just to be in community with. Of course, we have our awkward times as well (it’s always a tad intimidating to walk into the lunchroom and plop yourself down in the middle of a big French conversation that you don’t understand and nobody makes any attempt to include you) but that’s all part of the fun (or at least that’s what I tell myself to avoid the temptation of eating lunch alone).

Correction, the best part of this arrangement might be daily tea time (or gouter—pronounced goo-tay—as it’s called here). We “prendre une pause” at 5pm to gather round the little glass tables together and have a nice strong cup of tea and chocolate or other sugary delights. The French are exceptionally good at taking breaks. For example, lunch is a big social affair that goes on for 2 hours!! Rachel and I are still getting used to that… we are SO American we wolf down our food in a quick 15 minutes and then sit awkwardly as everyone else continues to take a small bite, proceed to talk with food in their mouths, and then pause, and then repeat.

In our limited free time, we herd feral kittens at the station, watch Disney movies in French, have wine and cheese parties, listen to lots of pop and techno (the boys at the station LOVE it), go rock climbing or hiking (we even run sometimes), visit Aix-en-Provence and Marseille (big cities, more on them later), have tea every evening at 5pm, and cook. Actually, Rachel has a pretty good collection of cooking pictures so perhaps I’ll do something with those later. And that is probably more catch up than any of you wanted—I will do my best not to save up nearly 2 months of happenings for one post again. Enough context—on to the stories! 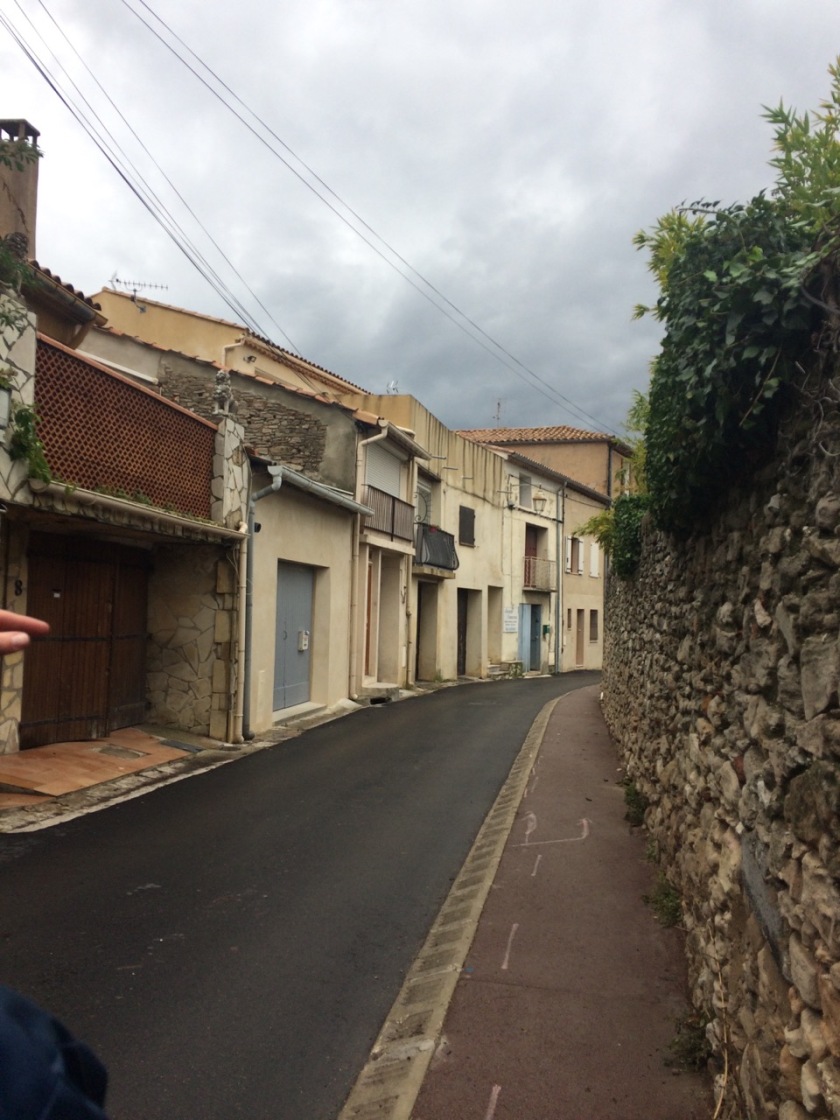 Kind of. I actually didn’t write it.

Since moving to France, my friends have been begging for a blog. And by begging, I mean that one time, one person thought it might be a good idea. But spontaneously moving to a foreign country has taught me that there are simply not enough hours in a day to blog. Even in France [obvious science fact #1: there are 24 hours a day in every time zone]. Since I unceremoniously poo-poo’ed the blogging idea, my friend Jessica decided she would do it for me.

This first post is her attempt to coerce me into creating (and hopefully maintaining) a blog about my life here in France:

I have decided to uproot my life and move to France for eight months to pursue my true passion: Researching baboon sex. Oh, you didn’t know that was my secret dream? Hmm… Weird that never came up around the dinner table.

Anywhoo, I am having the time of my life here! I was recently living as one with the baboons, but just moved into an adorable (and ancient) little apartment in my french hamlet Rousset. I am enjoying meeting cute Frenchmen, drinking wine (because who needs real food?), herding kittens, training primates, speaking broken French, and learning to drive stick shift (which is currently just as bad as my french).

This was supposed to be a REAL blog, but I’m too busy being French to keep up with it. Therefore, this will be both my first and last post! See you in seven months!

Fine. I guess I will blog.

My name is Kristi and I am a recent college grad and scientist from Seattle who spontaneously moved to the South of France for research. I love to cook, read, and talk about science. Oh, and I love primates. Monkeys AND humans.